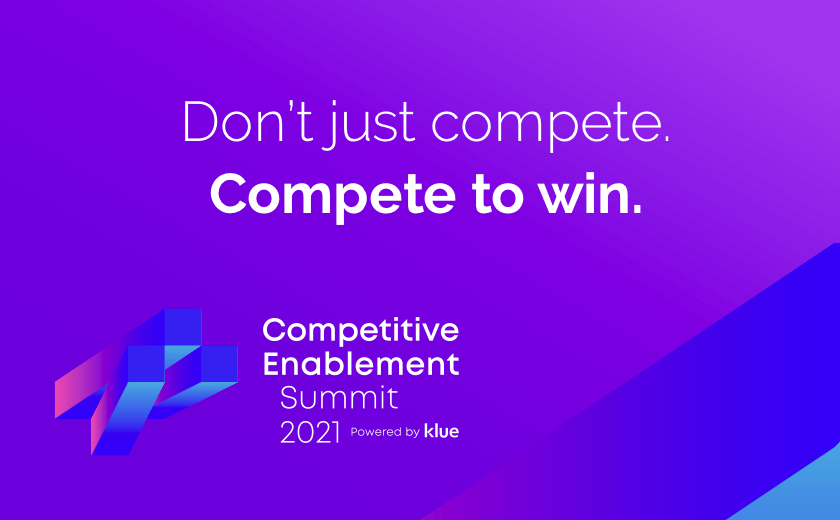 Scaling your competitive program to support a high-growth company: A conversation with Highspot’s Justin Topliff

If the Dos Equis guy is considered the most interesting man in the world, then Justin Topliff might be a close second.

A former racecar driver, competitive swimmer, sommelier-in-training, and now the leader of the competitive program at a company valued at $2.3 billion, there’s always an interesting tale to be told. Oh, and he also happens to be a competitive team of one.

Justin joined us on ‘The Competitive Enablement Show’, to share how he built Highspot’s competitive program from scratch, what he’s done to scale the program alongside the company as it tripled in size, and how he shifted the program from reactive to proactive initiatives.

Here are a few of the steps he took to build his competitive program.

You can catch the full conversation on Spotify and Apple.

When building the competitive enablement program from scratch, Justin didn’t start by waltzing into the exec’s office with sweeping declarations on what they should do against their competitors. He had to tackle the immediate problems that needed solving and would make the quickest impact on the business.

This starting point was improving the accuracy, freshness, and accessibility of competitive content.

“When I started I was trying to plug holes in buckets and update battlecards that hadn’t been touched in six to eight months,” says Justin. “I’d have at least ten salespeople do desk fly-bys every day asking me for advice or help on deals. Everything was ad hoc and reactive.”

Handling one-off requests from sales — many of which were often repeat questions — was not an efficient use of Justin’s time as he also tried to stay on top of new competitors popping up like weeds in the rapidly growing sales enablement market.

So, Justin started to keep competitive content up-to-date in a central accessible location that salespeople and other end-users could access themselves. It allowed end-users to quickly answer the questions they had, and freed up Justin to get on top of the increasing number of competitors entering the space.

“We built and centralized all of our compete materials in one single location and began keeping this content fresh so that sales could trust what they were using.”

Always keep the end in mind

Although in these early stages you’re investing time in creating competitive content, Justin notes that it’s critical to keep the end in mind as you’re laying this foundation for your program.

“I didn’t want my job to just be updating battlecards day in and day out,” says Justin. “My advice is to have patience and know that what you’re working on today will pay off in the future.”

Adopting this mindset was critical to the success of Highspot’s program. Yes, by centralizing intel Justin could save himself time with less ad hoc requests, but if the content produced wasn’t actually being used by the field or supported them to beat competitors, then it still wouldn’t help improve the success of the business.

Build relationships with the right teams

For example, Justin established a regular dialogue with not only sales leaders, but reps that are in the field daily. In doing this, it helped incentivize them to share the intel they came across; crowdsourcing intel collection became a key part of scaling collection for a competitive team of one.

“It’s important to install a mechanism — whether that’s a regular meeting or some tooling that helps collect this intel from the field — to make sure you’re putting that to use.”

Although sales tend to be your most important audience, and should be supported first, Justin notes that the competitive intelligence you gather will be important for other teams.

“There’s a lot of intelligence that you’ll be gathering that shouldn’t be just limited to your sales team. For example, think about what competitive intelligence findings you can relay to your product team to make sure that they understand where other products are going in the market or what customers are saying another competitor has in the product that we don’t.”

Another key step in getting end-users to actually use the competitive content available for Justin was to avoid the trap of information overload.

“If you give a mouse a cookie, they’re going to want a glass of milk,” says Justin. “So my piece of advice is to package your content for staggered consumption.”

Yes, you’ve probably authored in-depth competitor profiles that contain every granular detail. That’s what makes you the expert on competitors. This format can be useful for your product team, but flooding every bit of unfiltered information to reps who need to access digestible insights is a great way to turn them off.

“There’s no way that your reps will, or frankly need to, learn everything at once,” says Justin.

Instead, Justin hooked sales reps by breadcrumbing information through structured competitive battlecards. He introduced the main competitors at a high-level — for those new reps that may be starting at ground zero — then linked on to overviews of the primary differentiators, objections to handle, and reasons why they win or lose against them.

End-users could then click into each of these subcategories and go into greater detail depending on what they need to learn in that moment. The mice are now drinking milk, as Justin would say.

(Here’s a quick example of Klue’s battlecard structure breadcrumbing information. A user can see a quick list of common objections, dig into the one relevant to them, and access customer stories refuting the objection or talk tracks and examples of other reps handling it successfully)

In order to prove that his competitive program was impacting the business, Justin reported on metrics like improvements in competitive win-rates by competitor and industry, and increases in deal velocity and size.

However, while these metrics measure performance, Justin also wanted the program to become proactive and look into the future. In order to do this he also began paying attention to leading indicators.

“An important shift for competitive intelligence professionals is to also pay attention to leading indicators. Can you install mechanisms — or at least establish a dialogue with your sales team — to get an idea of what competitor presence looks like. Then you can see warning bells when a competitor is entering the space before it becomes a big problem and you start losing deals,” says Justin.

Keeping a pulse on competitor presence, and their current and future impact on revenue, puts your competitive program in a position to maneuver proactively against them.

Related: Why using reporting metrics will get your competitive program the attention it deserves.

Lean into your storytelling superpowers

As Highspot continued to grow rapidly, Justin had to think about the best ways to foster a competitive culture within the organization that new hires could latch on to quickly. So, he leaned into a product marketer’s superpower: storytelling.

“I was sitting here thinking, ‘how am I going to get everybody, especially our new hire classes who aren’t sales reps — interested in compete?’ So I decided to snap our competitive story to ‘The Ballad of Ricky Bobby’,” says Justin. “I tell this story that the racetrack is crowded, our number one competitor is Jean Girard… I started driving all of these analogies and corollaries to our competitors and their products and how we compete against them.”

By translating something complex into something fun and relatable, Justin found traction across the organization.

“That story has served us so well. It’s the thread that I weave into every competitive development and new asset. I cannot tell you the dividends that it has paid… It’s helped foster this culture in our entire company. We have a compete Slack channel and it’s the most subscribed and most active channel in the entire company.”

Tune in to the full episode of ‘The Competitive Enablement Show’ to hear more about Justin’s process behind building a competitive program that has become a strategically influential part of Highspot’s business.

Three lessons from a ‘Team of One’ leading competitive enablement

Running a competitive program solo can be daunting. Mark Balkenende shares three lessons on how you can be successful as a team of one.