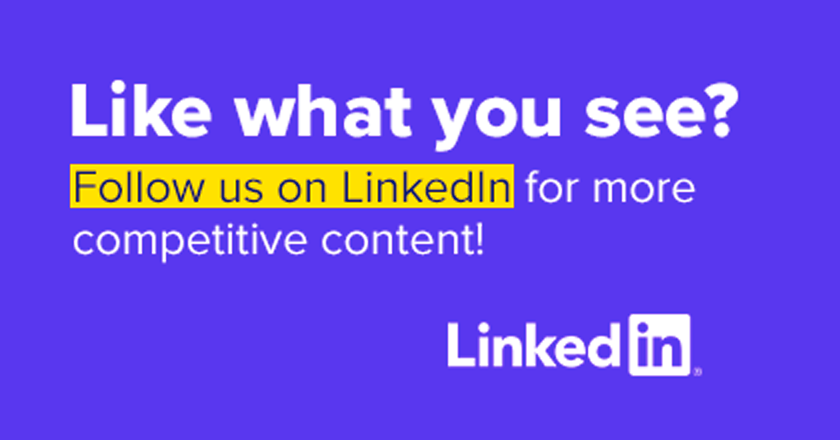 During the creation of the first-ever Competitive Enablement Maturity Model, we locked 20+ competitive strategists in a virtual room — not entirely against their will, we promise — for numerous sessions to analyze what really goes into building a competitive enablement program from scratch, and the steps needed to level it up into becoming an instrumental part of the business.

After conducting the research, we were able to identify five different levels of competitive enablement maturity that programs currently exist in, and the actionable steps you can take to progress along each stage.

During the process, however, two key themes emerged as most important for improving the maturity of your competitive program.

Today we’ll jump into what they are, and why they matter so much.

Sales trust is foundational to your competitive enablement program’s success.

At roughly hour nine of our session, with our very own competitive guru, Vincent Lo, on his third Red Bull, a light bulb went off in the back of the room.

“Frankly, building trust with sales should be an objective across all the stages of maturity,” said Kimberley Bauer, Senior Competitive Intelligence Analyst at Carbon Black.

The answer was staring us right in the face!

But why does earning and maintaining trust with sales remain critical at every stage of your competitive program, regardless of if you’re starting out or informing hundreds of end-users?

Sales are key for faster time-to-value

Firstly, the sales team is the lifeblood for collecting high value intel from the field. This is important at every stage of maturity as it will enable you to collect intel at scale, but is a critical entry point when starting from scratch and there are numerous knowledge gaps on different competitors that need to be filled. Having an engaged sales team that are frequently sharing what they hear about competitors on calls is the fuel that will drive your competitive engine.

But, collection is only part of the story. Enabling the sales team first is the most measurable way to demonstrate your competitive program’s impact on revenue. Helping sales improve their competitive win-rates, and reporting on this in even greater detail, is your opportunity to shift the view of competitive enablement away from being a cost centre to a revenue driver.

People give a budget when they have a pain that needs to be solved. By positioning the impact of the revenue lost by teams who don’t use your competitive intel, you’re more likely to get winces from execs and a demand for the problem to be fixed.

For example, Symphony RetailAI used an ‘Impact Analysis’ to measure the competitive win-rates of reps who were using the competitive content at their disposal against those who weren’t. This offers a far clearer indicator of the program’s revenue impact than just content consumption or general win-rate improvements.

“The Sales Impact analysis helped us measure changes to Win Rates and Average Deal Duration. The results were very positive right from the beginning, so this helped us get executive buy-in early on,” said Patty McDonald, Global Solution Marketing Director at Symphony RetailAI.

Sales are your ticket to earning a strategic voice

There’s also a lesser-known result of enabling sellers well — they’ll become your ticket to earning a strategic voice in the company. Nobody wants to be order takers, and if your program is getting vocal support from sales along with quantitative metrics to back that up, then execs are going to notice.

Helping sales win competitive deals proves your impact on revenue in the short-term, which will allow you to take on longer-term strategic plays as your program matures. That’s where you can really get into the fun stuff.

“The opportunities are vast once you start to gain that credibility and buy-in from the executive team,” said Scot Kim, Director at Lenovo, in a recent episode of ‘The Competitive Enablement Show’.

“You can then introduce other programs. It could be programs with some aspect of market intelligence where you start to look at new adjacent markets, and figure out what markets can your company can grow into.”

By supporting sales with competitive content early — and using a repeatable framework to do so — it will allow you to spend less time reactively responding to one-off sales requests and instead proactively taking on other strategic initiatives that are important to the business.

Initiatives like leading campaigns to steal competitor clients. Or informing executives on the competitive landscape and strategies on how to tackle emerging threats. Or presenting the acquisition opportunities that may be available. Or informing the product team’s roadmap based on what competitors are doing. Or, as Scot Kim mentioned, offering a view into adjacent markets that your business could target in the future.

There’s a lot that your competitive program can do to drive more wins across the business. But it starts with sales.

Intel collection is the foundation, but with content it’s quality over quantity.

The other biggest takeaway from these analysis sessions is that maturity isn’t just about how advanced your competitive intelligence gathering tactics are, but about how repeatable and scalable your processes are at enabling the necessary teams with usable information.

Yes, collecting quality internal and external intel is crucial for your program’s success. But it has no value if it goes unused, collecting dust. A mature program turns intel into actionable competitive content by adding context and why it matters, gets that content into the hands of the right people, and has a process attached to how they should use it to beat their competition.

In fact, the competitive leader at an anonymous enterprise company explained that building a repeatable process was the most critical factor in improving their program.

“As a large organization, the most important aspect of our competitive program is enabling hundreds of employees to use competitive intel for their respective roles.”

Data from the ‘2021 Competitive Enablement Report’ backs up how critically important making competitive intel usable is for your competitive program. The biggest reason that four out of five stakeholders were doing their own competitive research is because the intel they were being provided with wasn’t relevant to their role.

Sharing every bit of competitive intel is inefficient

There’s a few reasons why sharing competitive intel with a lack of context or process as to how it should be used can be harmful to your competitive program.

Firstly, if end-users are looking at intel that isn’t relevant to their role then it’s going to turn them off using the information entirely. Without any utility, then the competitive intel provided becomes nothing more than a glorified newsfeed for end-users.

And the last thing that your sales team (or any stakeholder for that matter) needs is another newsfeed to browse through. It will actually make them less efficient in their roles when they’re left to filter out what’s useful intel and what’s just more noise.

Instead of flooding them with every bit of information, your stakeholders need concise information with context as to why it matters to them, and actionable steps on how they should use it in their role.

Secondly, if the intel is being shared without any oversight or context from those in charge of the competitive program, then it’s left to the end-users to interpret what it means and how they should use it against the competition.

Now, this is a dangerous game.

Sellers will make their own talk tracks independent of one another. A buyer might hear a completely different story depending on the salesperson that they talk to.

As the person in charge of competitive enablement, it is critical that you control the narrative around how sellers speak about the competition.

If you don’t have this in place, competitive intelligence can devolve into the wild west, as Chris Owen, Director of Product Management at Saviynt explains.

“One of the challenges we had was that there were lots of decks and presentations, but all were slightly modified. You never knew what was accurate, and it was distributed all over the place.”

You’re the expert on competitors. Your program should be the source of truth. And as the competitive strategist, you need to create consistency around how stakeholders access and then use the information provided to them.

One way to provide concise, digestible competitive content is through structured battlecards. You can check out the best ways to build them here.

Create a competitive enablement program that is efficient and repeatable

One of the biggest reasons that we built the Competitive Enablement Maturity Model is that product marketers and competitive leaders have been tasked with building their competitive programs without any support as to what they should look like or how they can get there.

With the support of competitive strategists that have hands-on experience building programs from scratch, along with the data of 550+ survey respondents, the model offers a roadmap with real advice as to what it takes to make your competitive program more efficient, repeatable, and impactful to the business.

With the five stages of maturity, you can pinpoint where your competitive efforts are currently, and the next steps you can take to improve how you enable teams to beat their competition.

Becoming the Expert: How Triaging Competitive Intel Elevates Your Role

The real work of your competitive enablement program comes with smart intel curation. Klue's triage mode makes it faster than ever to do. 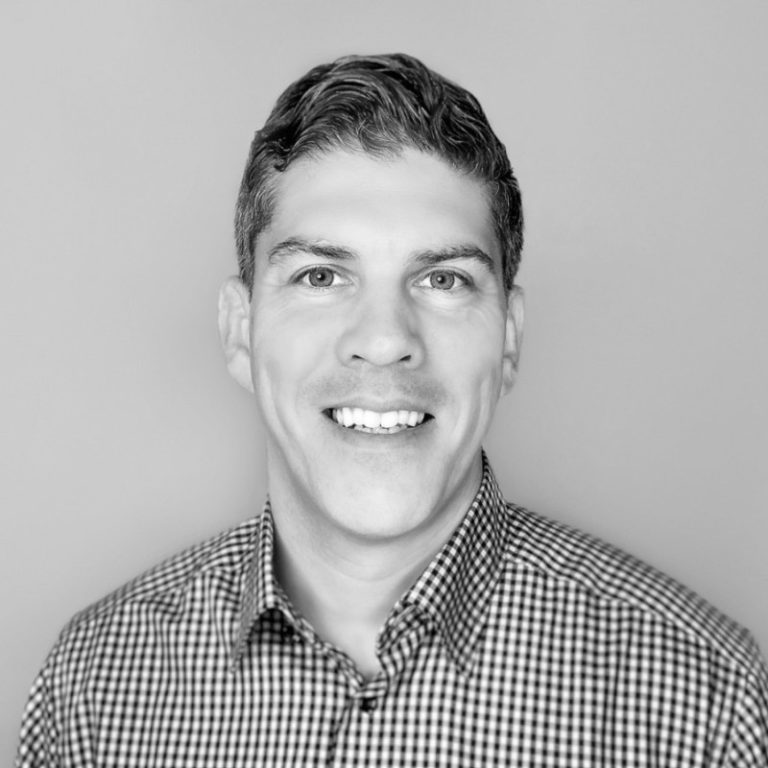